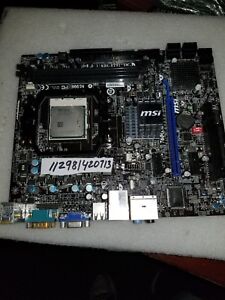 I am going to start with the Casecom This means that the PSU gets good cool air to keep it running well and help keep voltages stable. It is also quite a stylish case and looks rather nice.

Casecom The next case that I am going to look at is another Casecom case. You can find it here. It is the Casecom This stops dust getting in while allowing air to pass through.

It has basically the same layout as the Casecom except different styling. This is more of a gaming case.

It has the slot for a mm fan in the front and upto mm on the back and a space for upto mm on the top. This is great for case airflow and will help keep the components very cool.

Casecom My final case is made by Xigmatek and goes by the name Xigmatek Asgard. It has a front mounted mm fan from standard and space on the back for MSI 760GM-P33 AMD OverDrive mm fan.

It also has two spaces for mm fans on the side to aid graphics card cooling. The PSU is mounted at the top in this case unlike the Casecom cases which might mean that your PSU will run a little hotter but it most likely won't make that much difference MSI 760GM-P33 AMD OverDrive long as you have good case fans. Secondly The Case Fans Having a good case can easily be canceled out by having cheap high spinning fans that produce a lot of noise.

Instead of going for the cheapest fans you can find it is usually a good idea to stick with MSI 760GM-P33 AMD OverDrive known brands such as Zalman, Coolermaster, and Antec. I am going to start with the Coolermaster Excalibur. This is one of the most expensive PC fans you can buy at the moment but it does offer amazing performance and it will also last a lot longer than most cheap PC fans.

Here are the main specifications for the Coolermaster Excalibur Speed R. That is a lot of air MSI 760GM-P33 AMD OverDrive for a very good DB rating. At this point I'm going to venture a guess and say it was either a fluke, or maybe a cap is leaking in the PSU and what you smelled was something in there burning off. Could be many reasons.

Temps look MSI 760GM-P33 AMD OverDrive in those screenshots. Actually,i'm pretty sure that "smell" was just the case itself,as i said,i wasn't sure. So,it seems that Prime95 doesn't work,using version Could just be HWinfo, but not being able to run Prime95 is a rather dead giveaway.

Try resetting your bios to default settings and then try it again. Maybe use CoreTemp instead. If it won't RUN prime95 at stock settings, then there's a problem.