After meeting some of the local quad racing guys and the sport's first world champion while filming our drone racing piece last year, I thought I'd dip my toe in the water and pick up a Walkera Runner R with a pair of FPV first person view goggles Walkera F210 Drone a controller. The whole kit cost me a little over a thousand Aussie dollars at the time, and if I'm Walkera F210 Drone, the experience nearly turned me off racers altogether.

I found the Runner hard to fly; much quicker than anything I'd flown before, but poorly balanced, a little sluggish to respond, and hard to control.

I felt like I was just a Walkera F210 Drone pilot, but the drone wasn't helping. If you went to less than 6 percent throttle, the rotors would stop mid-air and occasionally go into a " flip of death " — a common thing for the Runner according to the forums. You could stop that from happening by trimming Walkera F210 Drone throttle to about 6 percent, but then it wouldn't land properly, bouncing around all over the place.

And when it crashed, some of its poor design choices became visible.

The plastic legs twisted, putting pressure directly onto circuit boards. The thin carbon structure cracked. The antennas were only designed to bend one way, and that wasn't always the way you dropped it.

The GPS broke almost immediately I should never have bothered getting GPS on a racer anyway and any slight impact would send the battery flying out the back, or break the battery retainer at the front and Walkera F210 Drone an express LiPo into the back of the Walkera F210 Drone. The Runner didn't fly that great, and it didn't crash that great, and after just a few hours in the air I more or less felt like racing quads were not for me.

Walkera's first racing drone in a box was a great idea, but the execution left a lot to be desired. And I'm glad I did; the F and the Runner feel like chalk and cheese. Here's a few differences that are immediately apparent: It's smaller, at mm diagonally between the props instead of At grams, it's Walkera F210 Drone little lighter than the R as well.

The carbon fiber body is thicker and tougher looking Walkera F210 Drone over; some bits are up to 5 mm thick, and all the breakable bits look structurally isolated from the circuit boards this time. The antennas bend both ways, the transmitter blob is on a flexible mount that'll bend rather than break when it hits something, the battery's held into its cradle much better and can't fall out or fly forward and smash the Walkera F210 Drone, and the motors have chunky plastic guards.

In short, it looks much better prepared to sprint headfirst into trees, walls and obstacles, and I don't care Walkera F210 Drone good a pilot you are, your racing quad is going to do plenty of that. The battery is a 4S instead of a 3S, feeding similar motors, which means they'll be capable of higher top speeds. 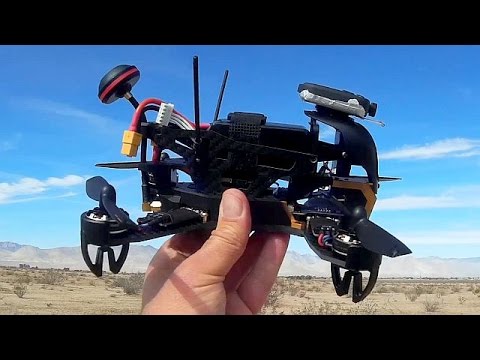 Like the Runner, the F is built to be as modular as possible. Stuff breaks when you're flying these things, and Walkera's intention is to make it as simple as Walkera F210 Drone to replace an arm, or a motor, or an ESC. All those jobs can easily be done with the Walkera F210 Drone hex keys, with plug-in connections added so there's no no soldering to do.

The F is pretty much as close as it gets to ready to fly straight out of the box. Heck, you don't even need to wind your first set of props on, because the box is nicely kitted out with foam cutouts so you can carry Walkera F210 Drone whole kit around with you, and it travels with the props on.

You do, however, need to do some stuffing about to bind the controller to the drone if you're using your own controller. I followed the steps; the F just sat there beeping sadly Walkera F210 Drone me, and it took me several hours of googling to find the solution.

Here it is, because it's nowhere in the manual: Flip the F over, you'll see a boat-shaped removable panel underneath. The circular hole in the middle, closest to the front Walkera F210 Drone that gives you access to the reset switch. 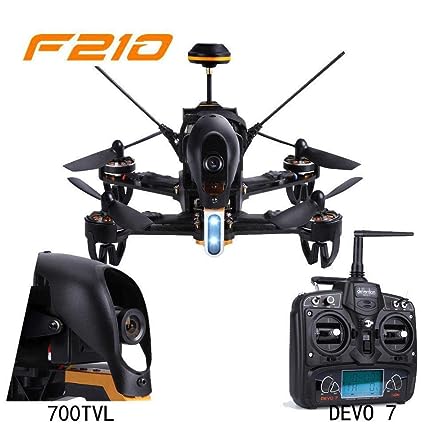 With the battery disconnected, Walkera F210 Drone a pin in that reset hole, press the button you'll feel it click and hold it in while you connect the battery terminal to turn it on.